Small Claims in California – Do You Have a Case?

Last year I purchased a couch from a furniture store.  The couch was delivered weeks later than promised and when it finally arrived it was the WRONG COUCH!

I called the furniture store to complain, and to ask them to pick up the wrong couch and bring me the right couch.  They not only refused to refund my money, they refused to exchange the couch for the one I ordered, or pick up the one I didn’t order AND within a few calls, refused to speak to me at all!

Six months after that, the furniture store sued me in Small Claims!

Bulldog! Do they have a case?  Can I counter sue? And why would they sue me in the court downtown when the whole thing happened so far away?
Charged up and Charged back Charlotte…

*Sorry newsletter readers, I wrote that the credit card company sued her but it was the furniture store

Dear Charged Up,
Wow, what a bummer! I wish I could print the name of that furniture store here but I don’t want them suing me too!  To answer your questions – 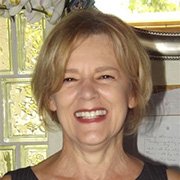 The value of the service, for the price and communications, I do not think you can get anything better.

I appreciate your professional attitude with our customers, such that your presence blends in with out business. Keep up the good work!!!